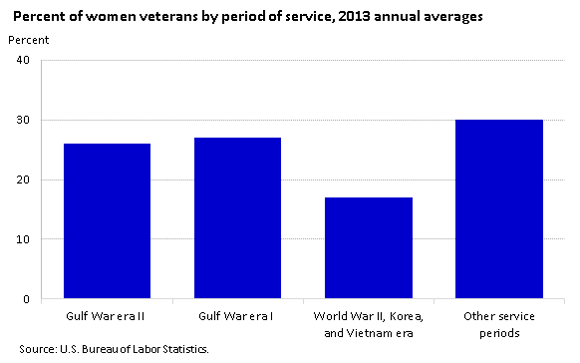 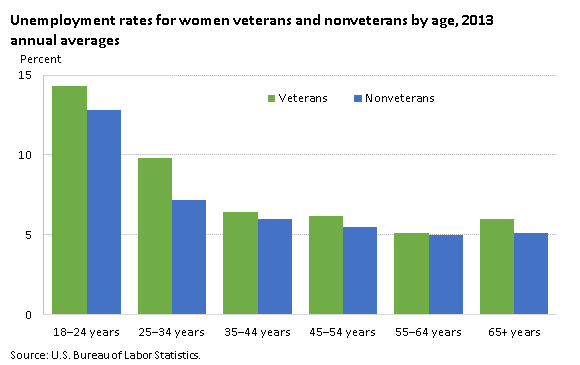 Unemployment rates for women veterans and nonveterans have followed similar trends since 2006. Rates for both groups rose during the 2007–2009 recession and have declined in recent years, but they have not returned to their prerecession levels. The unemployment rate for Gulf War-era II women veterans has always been higher than the rate for all women veterans and nonveterans—in part reflecting the younger age profile of Gulf War-era II veterans. The rate for this group peaked at 12.5 percent in 2012 and declined to 9.6 percent in 2013.

These data are from the Current Population Survey and are 2013 annual averages. Information on women veterans—women who previously served on active duty in the U.S. Armed Forces and were civilians when the survey was conducted—has been collected since 1986. To learn more, see “Women veterans in the labor force” (HTML) (PDF), by James A. Walker and James M. Borbely, Spotlight on Statistics, August 2014.