Total nonfarm payroll employment increased by 142,000 in August, with the largest job gains occurring in professional and business services and in education and health services. Compared with the January 2008 employment peak at the start of the 2007–2009 recession, total nonfarm employment has risen by 753,000, or 0.5 percent. 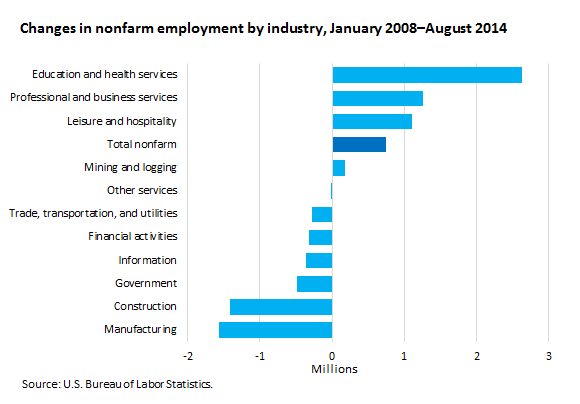