Ames, Iowa, had highest share of employment in government among metro areas

Ames, Iowa, had the highest share of nonfarm employment in government, 42.6 percent, among metropolitan areas in October 2014. Elkhart-Goshen, Indiana, had the lowest share, at 7.2 percent. 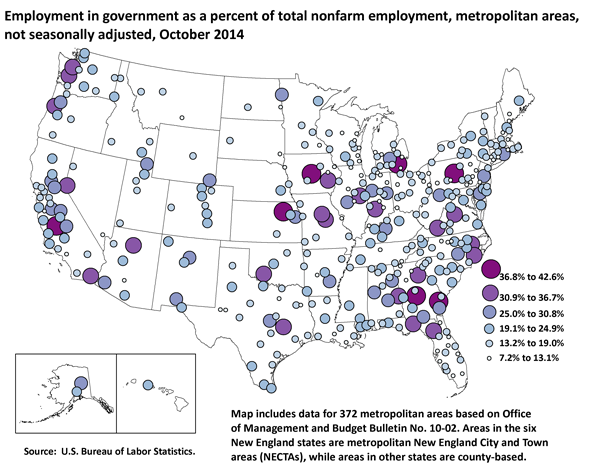 These data are from the Current Employment Statistics (State and Area) program. The estimates are not seasonally adjusted. Data for the most recent month are preliminary and subject to revision. To learn more, see "Metropolitan Area Employment and Unemployment — October 2014" (HTML) (PDF).