Households in the Chicago-Naperville-Elgin, IL-IN-WI metropolitan area spent an average of $63,726 per year in 2017–18, the U.S. Bureau of Labor Statistics reported today. Assistant Commissioner for Regional Operations Charlene Peiffer noted that this figure was significantly higher than the $60,580 average expenditure level for households in the United States. Chicago-area households allocated their dollars similarly to the nation in five of the eight major expenditure categories, with three differing significantly from their respective U.S. averages. For example, the share of expenditures for housing, which accounted for 35.3 percent of the average household’s budget in the Chicago area, was significantly higher than the national average of 33.0 percent. (See chart 1 and table 1.) 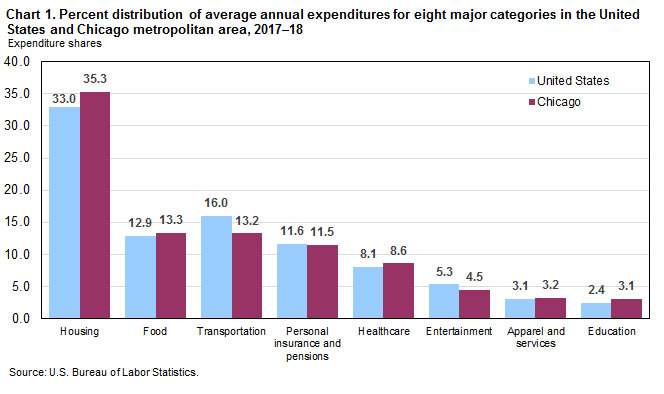