In 2018, union members accounted for 8.1 percent of wage and salary workers in Wisconsin, compared with 8.3 percent in 2017, the U.S. Bureau of Labor Statistics reported today. Assistant Commissioner for Regional Operations Charlene Peiffer noted that the union membership rate for 2018 tied the series low, which was also recorded in 2016, while the series peak was 20.9 percent in 1989. (See chart 1 and table A.) Nationwide, union members accounted for 10.5 percent of employed wage and salary workers in 2018, down from 10.7 percent in 2017. Since 2015, Wisconsin’s union membership rate has been below the U.S. average. //QCT November Post Patching Test// 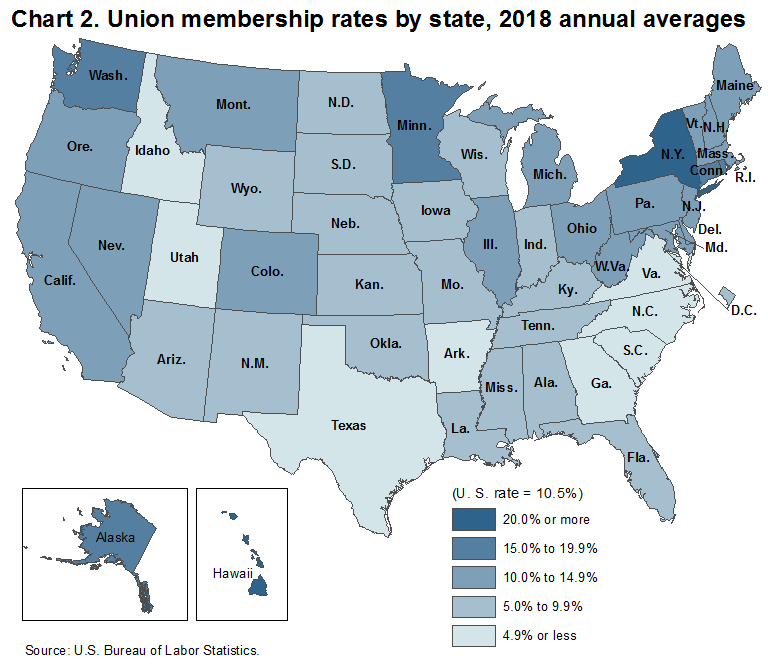