Employment rose in all seven large counties in Missouri from September 2017 to September 2018, the U.S. Bureau of Labor Statistics (BLS) reported today. (Large counties are defined as those with 2017 average annual employment levels of 75,000 or more. The independent city of St. Louis has been designated as a county by the Quarterly Census of Employment and Wages program.) Assistant Commissioner for Regional Operations Stanley W. Suchman noted that Greene County (1.7 percent) had the fastest employment growth among the seven largest counties in the state. (See table 1.)

Nationwide, employment advanced 1.6 percent during the 12-month period as 295 of the 349 largest U.S. counties registered increases. Midland, TX, had the largest percentage increase, up 11.9 percent over the year. New Hanover, NC, experienced the largest over-the-year percentage decrease in employment with a loss of 2.0 percent.

Employment and wage levels (but not over-the-year changes) are also available for the 108 counties in Missouri with employment levels below 75,000. Of these small counties, Platte ($884) had the highest average weekly wage level. (See table 2.)

Nationwide, average weekly wages for the nation increased to $1,055, a 3.3-percent increase over the year. Of the 349 largest U.S. counties, 336 had over-the-year wage increases. Chatham, GA, had the largest over-the-year wage gain at 8.5 percent. King, WA, had the second highest with an increase of 7.9 percent followed by Stanislaus, CA (7.8 percent) and Santa Clara, CA (7.8 percent).

Among the largest U.S. counties, nearly three-fourths (255) reported average weekly wages below the national average in the third quarter of 2018. The lowest weekly wage was reported in Cameron, TX ($632), followed by Horry, SC ($635), and the Texas counties of Hidalgo ($662) and Webb ($698). Wages in these lowest-ranked counties were less than 30 percent of the average weekly wage in the highest-ranked county, Santa Clara, CA. 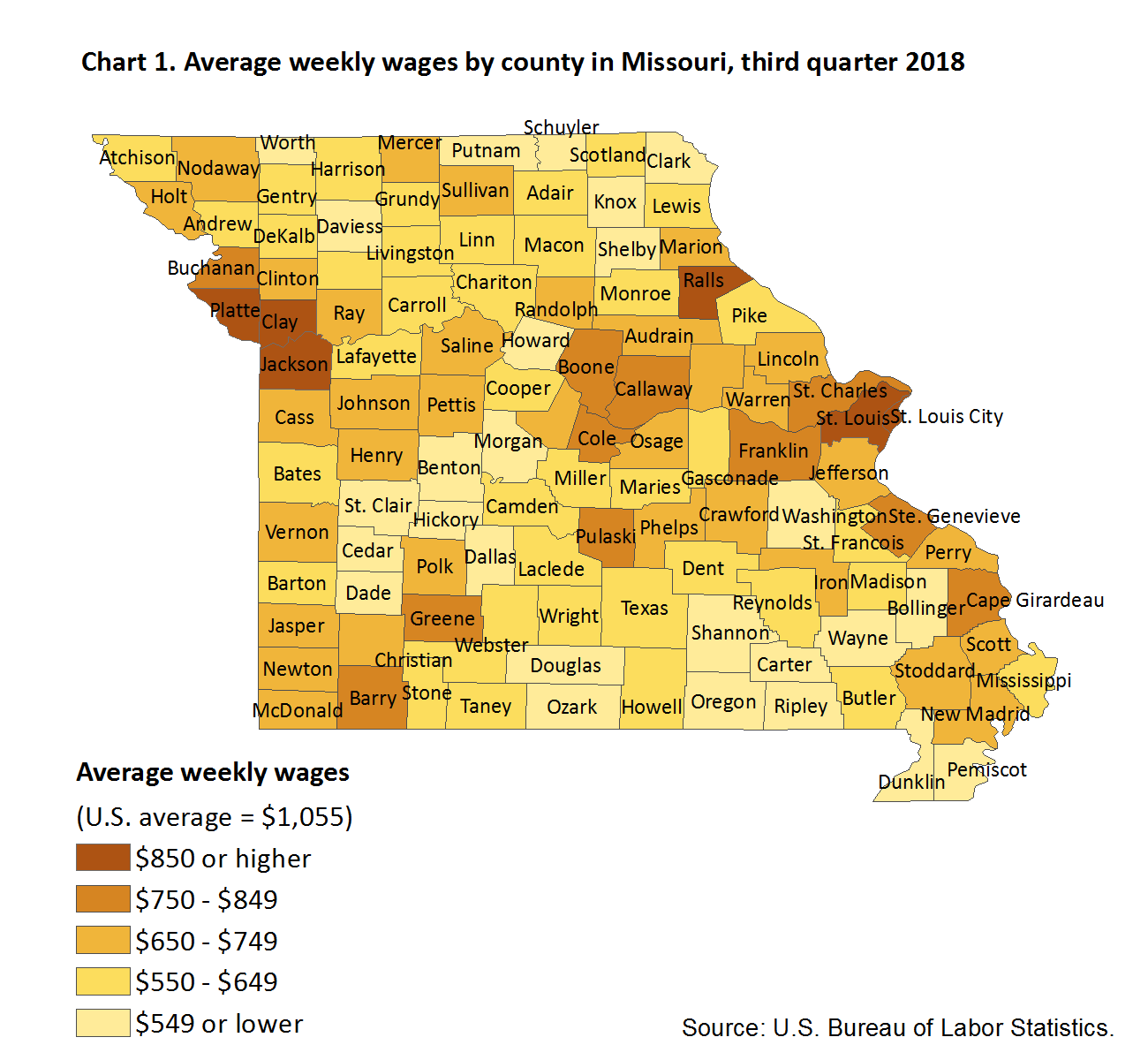