Employment increased in 8 of Georgia’s 10 large counties from December 2017 to December 2018, the U.S. Bureau of Labor Statistics reported today. (Large counties are defined as those with 2017 average annual employment levels of 75,000 or more.) Regional Commissioner Janet S. Rankin noted that employment increases ranged from 2.3 percent in Hall County to 0.1 percent in DeKalb County. (See table 1.)

Among Georgia’s 10 large counties, 9 had over-the-year wage increases in the fourth quarter of 2018 with the largest gain in DeKalb County, up 4.1 percent. Fulton County had the highest average weekly wage among the state’s largest counties ($1,480), followed by Cobb County ($1,156). Nationally, the average weekly wage increased 3.2 percent over the year to $1,144. (See table 1.)

Employment and wage levels (but not over-the-year changes) are also available for the 149 counties in Georgia with 2017 average annual employment levels below 75,000. Average weekly wages in these counties ranged from $1,480 to $537. (See table 2.)

Nationally, 332 of the 349 largest counties had over-the-year increases in average weekly wages. Tippecanoe, IN, had the largest over-the-year wage gain at 15.1 percent, followed by Williamson, TN  (13.1 percent) and Olmsted, MN (13.0 percent).

Of the 349 largest U.S. counties, 15 had over-the-year wage decreases. Washington, PA, had the largest percentage decrease in average weekly wages (-6.6 percent), followed by Elkhart, IN (-5.0 percent).

Among the largest U.S. counties, 255 had weekly wages below the national average in the fourth quarter of 2018. Hidalgo, TX ($680) reported the lowest wage, followed by the counties of Cameron, TX and Horry, SC ($685 each). 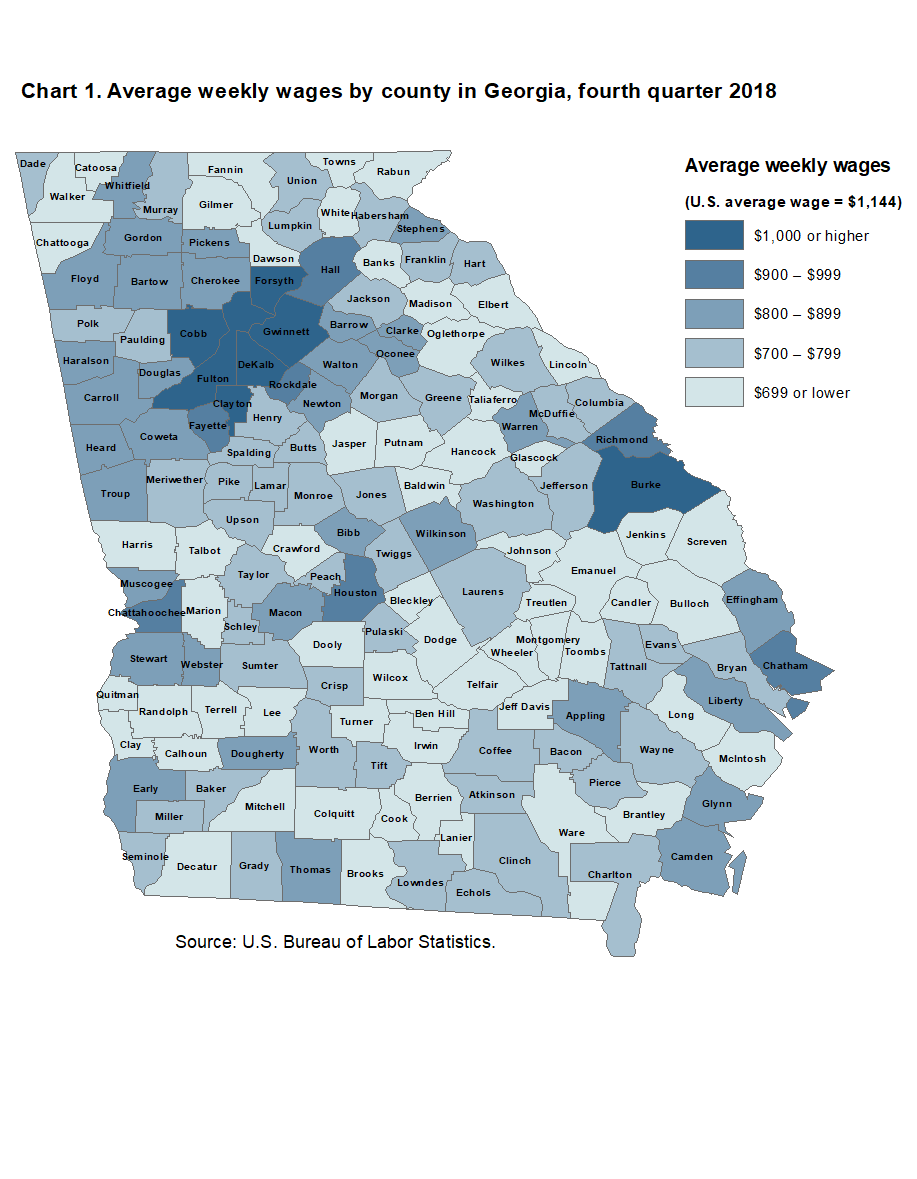