Employment and wage levels (but not over-the-year changes) are also available for the 39 counties in South Carolina with employment levels below 75,000. Average weekly wages in these counties ranged from $1,191 to $556. (See table 2.)

Nationally, 265 of the 346 largest counties registered over-the-year decreases in average weekly wages. Mercer, N.J., had the largest wage decline, down 8.8 percent from the third quarter of 2016, followed by Wyandotte, Kan. (-6.0 percent).

Among the 39 smaller counties in South Carolina with employment below 75,000, Fairfield ($1,191) was the only county with an average weekly wage above the $1,021 national average. Clarendon County had the lowest weekly wage among all the counties in the state, averaging $556 in the third quarter of 2017. (See table 2.)

The County Employment and Wages release for fourth quarter 2017 is scheduled to be released on Wednesday, May 23, 2018.

The national QCEW publication process is accelerating for a more timely release. Beginning with the fourth quarter 2017 release, QCEW data will be published in two parts. The current County Employment and Wages news release and associated data will be accelerated and published first. The full QCEW data release will occur two weeks later, accompanied by a data release notice.

Average weekly wage data by county are compiled under the Quarterly Census of Employment and Wages (QCEW) program, also known as the ES-202 program. The data are derived from summaries of employment and total pay of workers covered by state and federal unemployment insurance (UI) legislation and provided by State Workforce Agencies (SWAs). The 9.9 million employer reports cover 144.5 million full- and part-time workers. The average weekly wage values are calculated by dividing quarterly total wages by the average of the three monthly employment levels of those covered by UI programs. The result is then divided by 13, the number of weeks in a quarter. It is to be noted, therefore, that over-the-year wage changes for geographic areas may reflect shifts in the composition of employment by industry, occupation, and such other factors as hours of work. Thus, wages may vary among counties, metropolitan areas, or states for reasons other than changes in the average wage level. Data for all states, Metropolitan Statistical Areas (MSAs), counties, and the nation are available on the BLS Web site at www.bls.gov/cew/; however, data in QCEW press releases have been revised and may not match the data contained on the Bureau’s Web site. 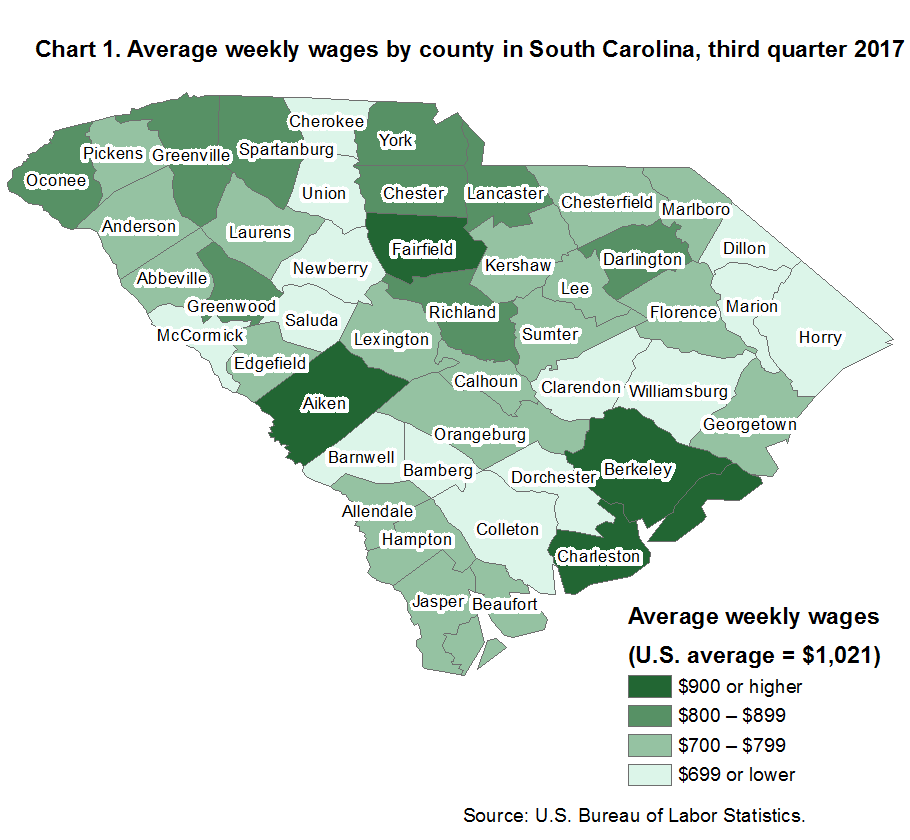