Houston is 1 of 15 metropolitan areas in the United States and 1 of 5 areas in the South region of the country for which locality compensation data are available. Among these 15 largest areas, over-the-year percentage increases in total compensation costs ranged from 7.2 percent in Seattle to 1.1 percent in Atlanta in March 2018. For wages and salaries, San Jose registered the largest annual gain (4.9 percent) among the 15 areas, while Boston and Atlanta registered the smallest (1.7 percent). (See chart 2.) 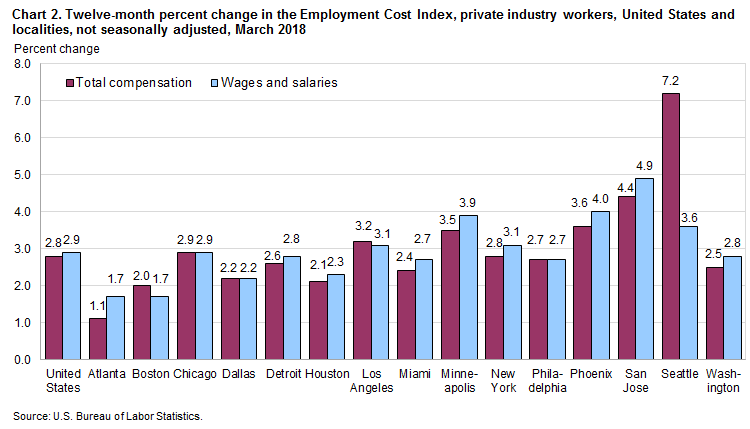