Households in the Dallas-Fort Worth-Arlington, TX, metropolitan area spent an average of $66,282 per year in 2017–18, the U.S. Bureau of Labor Statistics reported today. Assistant Commissioner for Regional Operations Stanley W. Suchman noted that this figure was significantly higher than the $60,580 average expenditure level for households in the United States. Dallas-area households allocated their dollars differently from the nation in four of the eight major categories shown below. For example, the share of expenditures for personal insurance and pensions, which accounted for 10.3 percent of the average household’s budget in the Dallas area, was lower than the national average of 11.6 percent. (See chart 1 and table 1.) 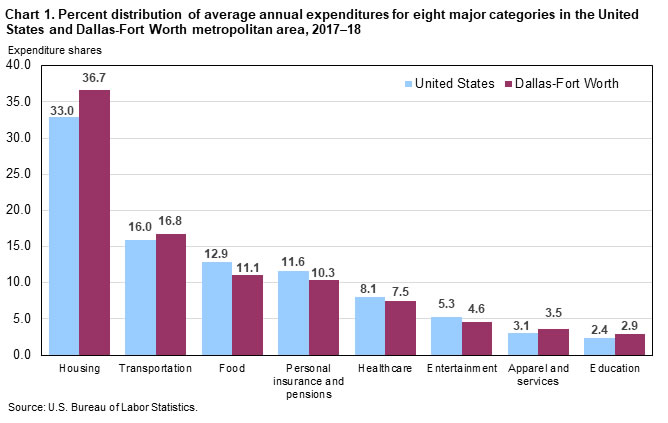