Nationally, 296 of the 349 largest U.S. counties registered increases from December 2017 to December 2018. Midland, TX, recorded the largest percentage increase in the country, up 10.0 percent over the year. Bay, FL, experienced the largest over-the-year percentage decrease in employment, with a loss of 5.6 percent.

Employment and wage levels (but not over-the-year changes) are also available for the 72 counties in Arkansas with employment levels below 75,000. Wage levels in all of these smaller counties were below the national average in December 2018. (See table 2.)

Average weekly wage levels in the state’s three large counties were below the nationwide average ($1,144) in the fourth quarter of 2018. Benton County's average weekly wage of $1,067 ranked 147th among the 349 large U.S. counties. Weekly wages in Washington and Pulaski Counties, at $984 and $982, respectively, ranked 215th and 218th nationally.

When all 75 counties in Arkansas were considered, 22 reported average weekly wages under $650, 31 reported wages from $650 to $749, 15 had wages from $750 to $849, and 7 averaged $850 or more per week. (See chart 1.) Higher-paying counties were generally located around the metropolitan areas of Blytheville, Fayetteville, Fort Smith, Little Rock, Texarkana, and along the southern border of the state. Lower-paying counties were generally concentrated along the northern and western borders of the state.

The County Employment and Wages release for first quarter 2019 is scheduled to be released on Wednesday, August 21, 2019.

Average weekly wage data by county are compiled under the Quarterly Census of Employment and Wages (QCEW) program, also known as the ES-202 program. The data are derived from summaries of employment and total pay of workers covered by state and federal unemployment insurance (UI) legislation and provided by State Workforce Agencies (SWAs). The average weekly wage values are calculated by dividing quarterly total wages by the average of the three monthly employment levels of those covered by UI programs. The result is then divided by 13, the number of weeks in a quarter. It is to be noted, therefore, that over-the-year wage changes for geographic areas may reflect shifts in the composition of employment by industry, occupation, and such other factors as hours of work. Thus, wages may vary among counties, metropolitan areas, or states for reasons other than changes in the average wage level. 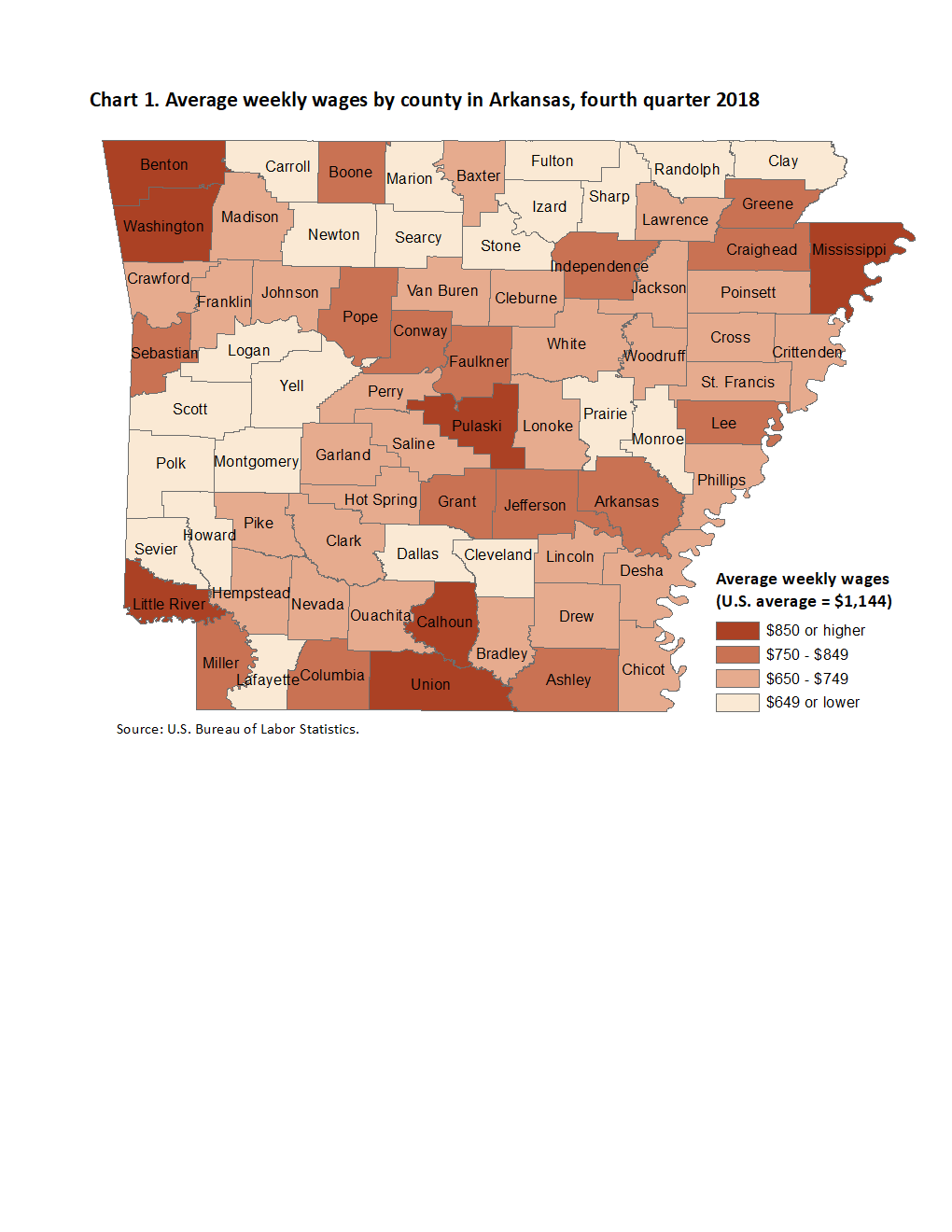