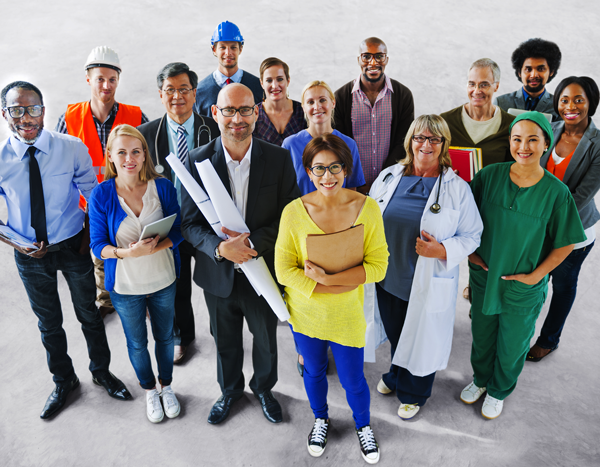 Union membership in the United States

Transportation, which has a relatively high union membership rate, declined by 6.7 percentage points from 2000 to 2015. Union membership rates in construction, manufacturing, and wholesale and retail trade also declined. In contrast, the unionization rate in education and health services edged up by 0.8 percentage point. Industry data on a comparable basis are available back to 2000.

In 2015, union membership rates were highest among workers ages 45 to 64—13.6 percent for those ages 45 to 54 and 14.3 percent for those ages 55 to 64. Nearly half of all union members were between 45 and 64 years old in 2015, but only about one-third of nonunion workers belonged in these age groups. Workers ages 45 to 64 were heavily represented in the manufacturing and transportation industries, which also had relatively high unionization rates.

Local government employed the most union members in the public sector. In local government, women accounted for roughly 6 in 10 union members, partially reflecting the large number of women employed as public-school teachers, a highly unionized occupation.

Megan J. Dunn and James A. Walker are economists in the Office of Employment and Unemployment Statistics, U.S. Bureau of Labor Statistics. You can contact them at dunn.megan@bls.gov and walker.james@bls.gov.

Information on union membership has been collected on a regular basis in the Current Population Survey since 1983. The CPS is a survey of about 60,000 households that provides data on employment and unemployment for the nation’s civilian noninstitutional population ages 16 and older. For more information, visit https://www.bls.gov/cps/lfcharacteristics.htm#union.

Note: Data in this Spotlight on Statistics are the latest available when published. Internet links may lead to more recent data.